Fae Child is a story about an eight year old little girl who finds herself in the land of the fairies which is ruled by two powerful queens. Each queen rules over her own realm, the lands of Summer and Winter. If Abby has any hope of making back home to see her parents again, she must face terrible dangers, make true friends, and discover magic within herself or she may be captured by forces who know there’s an imposter in their land.

This was a really delightful book that had me smiling many times throughout Abbie’s journey. I worried for a moment that we might get stuck with a cliffhanger, but the plot resolves in a way I felt was both a satisfying and rewarding conclusion. The characters were wonderful. This is a lovely world brimming with magic that draws on various mythology, which makes it very easy to identify with – but that also includes little twists to standard lore that makes it new and special.

I would personally be very hesitant to classify this book as YA because doing so could create false expectations that might lead to readers giving this really sweet story less stars that they normally would just because the book was potentially marketed to the wrong audience. The disclaimer on NetGalley that this book was classified as YA but has an 8 year old protagonist is actually one of the reasons I was curious to read it because I recently wrote another review for The Golden Compass (which has an 11 year old protagonist / also very young for YA). The age rating for TGC was originally 12+ up but it was lowered to 10 which is, in my opinion, way too low because of the graphic violence and mature themes in that book. (See my review on Goodreads here for specifics)

However, the comparatively mild violence combined with themes popular in MG that are in Fae Child, especially the themes of friendship, a child discovering magic is real, and the longing to reunite with one’s parents, are much more similar to Percy Jackson and the Lightning Thief and Harry Potter and the Sorcerer’s Stone – both of which are middle grade. In the case of the latter, the Harry Potter series started out MG but evolved into YA. I know that the author plans to continue this series as Abbie grows up, and my suggestion would be to allow Abbie to grow with her readers. (ie. start out MG with this book and evolve into YA for the later books) Because when you contrast this ultimately sweet fantasy story about an 8 year old who wants to reunite with her parents with books like The Hunger Games, Caraval, Scythe, Twilight, etc., there’s just way too big a gap. I feel that marketing toward the wrong audience could hurt this book’s success. Obviously, I’m not an expert. Disclaimer. Disclaimer. Yada Yada. This is just my opinion. But it’s food for thought.

The book is available for pre-order ahead of publication. You can get it on Amazon here.

Ok, I know this was a SUPER long review. Thanks for staying with it if you read this far. To sum it up, I thought this was a very heartfelt story, exciting plot, and I really loved the world building. Looking forward to the next book in this series.

*** Please Note that the thumbnail image of this page is not representative of the physical book. It’s just a graphic to represent the book for the purposes of this review. 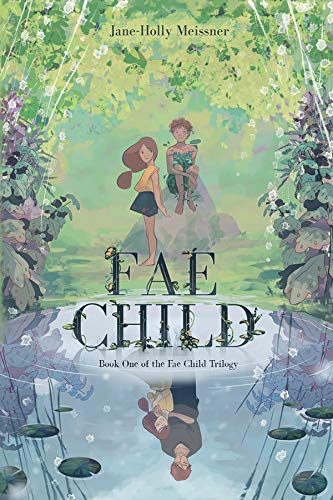 When eight-year-old Abbie Brown discovers a quiet pool of water while wandering through the woods behind her Oregon home, she wades out into it and emerges on the other side as an unwelcome visitor to the Otherworld, the land of the Fae, with only the boy Foster to guide her. Back in Oregon, a changeling lookalike has taken her place, bonding with her mother while her father, hiding a secret of his own, views the “girl” with suspicion.

In the courts of the Fae a truce has long been in place between Winter and Summer. What havoc might a human child wreak in the careful machinations of beings older than time? And to what lengths will Abbie’s father go to get her back?